I'm patiently waiting on T to go to bed so I can indulge in some candy. I have been fighing sinus pressure headaches lately. The weather zig zags it's like spring, winter and fall in the same week here the past couple of weeks.

No babe totally didn’t hear the Ring doorbell at all? What Amazon truck?

I finally watched all the Friday the 13th movies thanks to Amazon prime. I'm still unsure how Jason was an adult? He died as a kid? There were two women knitting in Part 3 and Part 4 naturally I'd notice something like that LOL


All I have to say is, what the HECK was that ending. Literally what the frick. I tossed that book clear across the room last night and am still irritated this morning.

View all my reviews

The Silent Corner by Dean Koontz


So I discovered Dean Koontz via my step mom when I was a teenager. I read through all the Fear Street books my library had to offer and at that point I wanted something a little scarier to read. I think my first Koontz was Phantoms and my favorite was False Memory.

Admittedly it has been a while since my last Koontz and one of my friends suggested The Silent Corner to me. Now, I like Jane. Jane has been through some shit (as I have but not near her level) and she's also an FBI agent (something I have always wanted to be aka Dana Scully my hero) who has lost her hubby in a tragic way.

Jane is also a bad ass who takes down bad guys with a devil may care attitude to get what she wants. Also, she drives a big ole tank of a vehicle which was awesome.

All that being said, I felt the book kind of dragged a bit in places and I'd start to lose interest until the end when shit got real, real fast. A few parts made me cringe which is hard to do sometimes being a horror lover and all.

But I liked it. Now to read the Whisper Room I think it is?

View all my reviews

So today I bought a mini deep fryer at Aldi for $14.99 plus tax. I wanted it mostly for when I make fries at home. However, I did a quick search to see what other delicacies I can make.

FRIED DR PEPPER! OMG yes please. I mean the recipe is for Coca Cola but we all know I am a Pepper.

I will report back how that all goes soon-ish. I have made fried Oreo's before. I used pancake batter and did that on my stove top. They were amazing. 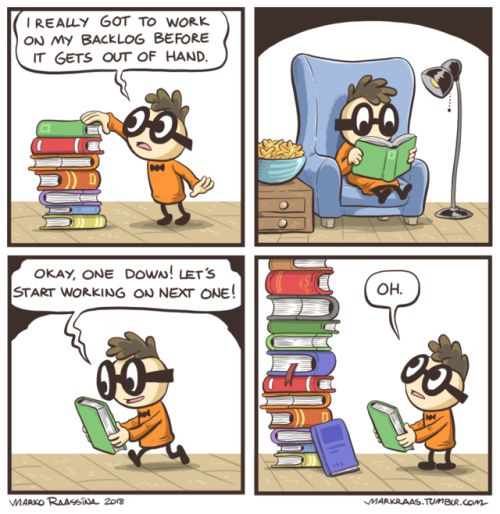 Today at lunch with my grandma the man at the table behind us left me this note as he was leaving.

It made me cry a little I’m not gonna lie.

IT TAKES TWO TO TANGO: Bedazzled Billionaire Book 2 by Ross Jennings
My rating: 5 of 5 stars

At the start of It Takes Two to Tango, IT multi-billionaire and the rest of the world thought the apocalypse was coming. However, what happened instead was that it was a technology apocalypse (think Y2K) and now there are no working lights or anything that runs on technology.

From the first page of the book readers are tossed into the action as Abraham and his lover/financial advisor are on the run from bad guys who show up shooting at them. From there the pair goes from one bad situation the next while making sure to have hot sex in the process. This is like a romance meets a James Bond or Jack Reacher type thing.

I was hooked because this was a thriller I couldn’t put down. I loved the flow of the words and the way things were described. It is a quick read with only 73 pages and I’m looking forward to book 3.


View all my reviews